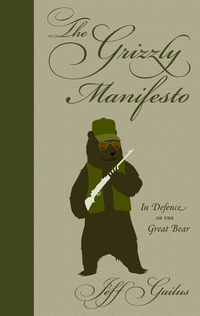 The grizzly bear, once the archetype for all that is wild, is quickly becoming a symbol of nature’s fierce but flagging resilience in the face of human greed and ignorance—and the difficulty a wealth-addicted society has in changing its ways.

North America’s grizzlies have been under siege ever since Europeans arrived. They’d survived the arrival of spear-wielding humans 13,000 years ago, outlived the short-faced bear, the dire wolf and the sabre-tooth cat—not to mention mastodons, mammoths and giant ground sloths the size of elephants—but grizzly bears in much of Turtle Island succumbed to 375 years of unrelenting commercialization and industrialization, disappearing from the Great Plains and much of the mountain West.

Despite their relatively successful recovery in Yellowstone National Park, the bears’ decline continues largely unchecked. And the front line in this centuries-old battle for survival has shifted to western Alberta and southern BC, where outdated mythologies, rapacious industry and disingenuous governments continue to push the Great Bear into the mountains and toward a future that may not have room for them at all.

Jeff Gailus has been writing about the intersection of science, nature and culture for over 15 years. His poignant journalism and commitment to conservation have allowed him to work with numerous non-profit organizations, including the Alberta Ecotrust Foundation, David Suzuki Foundation, Natural Resources Defence Council and the Yellowstone to Yukon Conservation Initiative. Jeff has earned a Doris Duke Conservation Fellowship, a Story of the Year award from the Associated Collegiate Press, and numerous shortlistings and honourable mentions for his magazine writing, as well as Canada Council for the Arts and Alberta Foundation for the Arts grants to work on an environmental history of the Great Plains grizzly. He has taught writing at the University of Oregon and the University of Montana and has led university field courses for the Wild Rockies Field Institute and Wildlands Studies. Originally from Calgary, Alberta, Jeff currently resides in Missoula, Montana. His first book in the RMB Manifesto series was The Grizzly Manifesto: In Defence of the Great Bear (RMB, 2010).