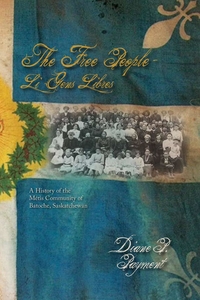 Revised and expanded to include fresh research, a discussion of recent interpretive trends, and a review of new literature since the publication of the first edition in 1990, The Free People - Li Gens Libres : A History of the M, is a comprehensive history of the Métis community and national historic site of Batoche, Saskatchewan.

Diane Payment has a long personal association with Batoche; her study is the culmination of thirty years of documentary and field research as a participant-observer within the community. Her inquiry draws on a range of dictated and written historical sources, both Métis and non-Métis, as well as more recent oral history narratives and personal observations.

The Free People is one of the few studies on Métis communities in western and northern Canada. Payment's approach demonstrates that any understanding of Métis culture cannot be based on European or Euro-Canadian historical models, but on its own values and traditions. She argues that Batoche has persisted as a community despite conflict, crisis, and prejudice from immigrant ethnic groups and institutions such as the Canadian government and the Roman Catholic Church, succeeding in maintaining its uniquely Métis identity.

Diane P. Payment was born in St. Vital, Manitoba, near the Riel family home, which instilled in her an early interest in Métis history and her Michif French heritage. She has enjoyed a long career working as a historian for Parks Canada and has published extensively on Métis and francophone history in western and northern Canada.